An open platform for distributed applications for developers and sysadmins

Docker is an open-source project that automates the deployment of applications inside software containers by providing an additional layer of abstraction and automation of operating-system-level virtualization on Linux.

Docker uses resource isolation features of the Linux kernel such as cgroups and kernel namespaces to allow independent "containers" to run within a single Linux instance, avoiding the overhead of starting and maintaining virtual machines. 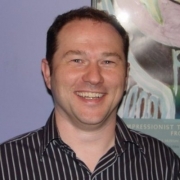 There are no comments posted here yet

Todd Matthews
"To me this is simplest virtual machine manager for linux,..."

Andreas Kersch
"I don't do much development anymore so these capabilities don't..."

Andreas Kersch
"I like Red Hat for their stability in their product..."

John Wooten
"More than just a web browser, Firefox is a web..."

Submitted by: John Wooten
on 28 February 2015
Listing: Firebird
You are now being logged in using your Facebook credentials